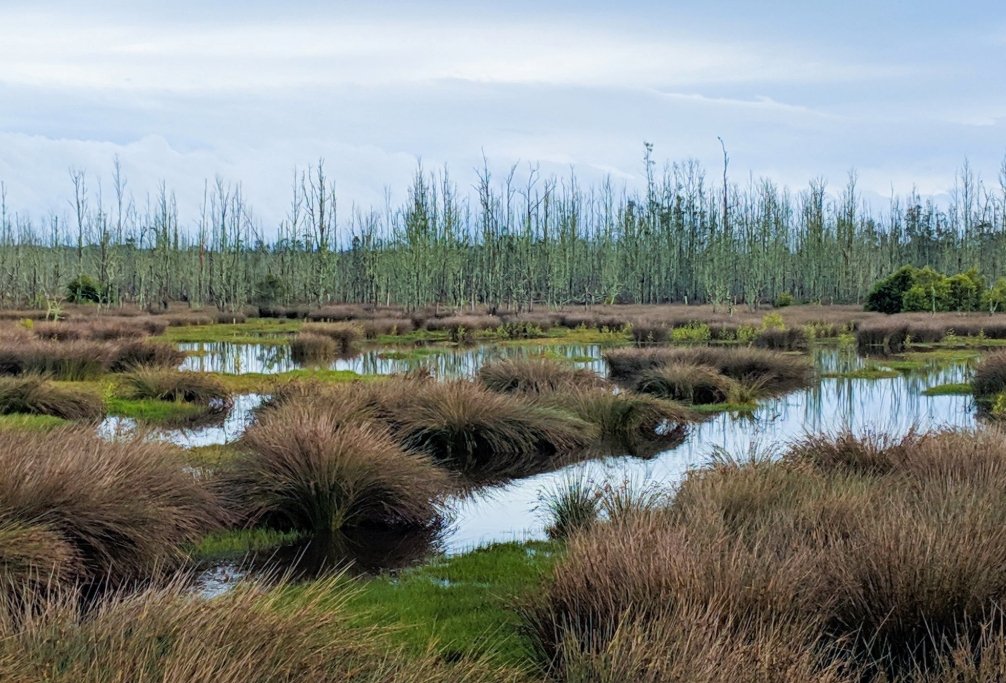 Bog snorkelling is exactly what it says on the tin. Competitors are required to snorkel through muddy bogs hoping to win a championship title. Travel guide publisher Lonely Planet listed it as one of the top 50 ‘must-do’ events around the world, though most people prefer to watch from the sidelines.

It’s just as wild as it sounds, which is why only the toughest competitors compete each year at the World Bog Snorkelling Championships. In 2019, Neil Rutter, the current world champion, failed to beat his own record at the Championships in Swindon. But the off-season is now a time he can use to get ready for next year.

How does bog snorkelling work?

The aim of the sport is to travel through a 110-metre peat bog in the fastest time. You must use snorkelling gear, including a snorkel and flippers, and you’re not allowed to use conventional swimming strokes. That’s right. Forget everything you learnt in the pool, it won’t help you here. Swimmers rely on flipper power alone.

With this in mind, it’s astonishing that a high school art teacher, Neil Rutter, managed to set the record at an impressive 1 minute and 18.81 seconds in the Waen Rhydd bod, Llanwrtyd Wells. Competitors must fight through the cold and mud, but wetsuits are optional. The competitors who prefer style over speed may opt for fancy dress, including shark, lobster, and dinosaur suits, or their favourite swimming costume.

More than three decades after its creation, the Bog World Championships now attracts competitors from as far afield as Sweden, Czech Republic, Germany, and Australia. And the sport has expanded to the gruelling Bog Triathlon event. This requires a 60-meter bog snorkel, followed by an eight-mile run, then a 12-mile mountain bike ride.

For the younger or less experienced competitors, there’s a tamer version which includes a three-mile run and a six-mile ride. For those looking for another fun and challenging event, there is the mountain bike bog, where competitors must ride through the bog on specially prepared mountain bikes.

How did bog snorkelling start?

Bog snorkelling started in Llanwrtyd Wells, a tiny town once celebrated for its sulphur springs which many believed had healing qualities. In 1976, Gordon Green, the then proprietor of the Neuadd Arms Hotel, brainstormed with other locals over pints of ale to think of a way to trumpet the region’s unique topography and history. Over the years, the pony trekking industry and spas and baths had declined in popularity.

Their solution was Green Events. It combined the area’s connection to the natural geography with a competitive, humorous spirit, producing events like bog snorkelling and mountain bike snorkelling.

While bog snorkelling has boosted the tourism industry in Llanwrtyd Wells, it still remains the UK’s smallest town. But it’s packed full of beautiful scenery and things to do if you’re thinking of visiting the bog snorkelling championships as a competitor or a participant.

It’s a great place to stay and discover the Cambrian Mountains. There’s a host of nature reserves, beautiful rivers, and for such a small town, a surprisingly great number of brilliant places to eat. It boasts stunning views for walkers, cyclists, and horse riders, keen to experience a traditional Welsh town with a rich history. It’s an Eisteddfod site, but for those looking for more adventure, it also hosts the Man versus Horse Marathon.

In the off-season, it can be great to let your hair down and try something new. Keeping up with your training is important, but you still need a chance to have a little fun in and out of the water. Green events host a number of strange and exciting events for people across the country to take part in. There is:

And plenty of other events to test physical fitness or strange skills.

Bob Greenough works for Green Events and he seems to sum up the spirit of bog snorkelling particularly well. He says, “Bog snorkelling is utterly ridiculous, and it’s for everyone, all ages, abilities, shapes, and sizes. The championships attract serious athletes, but also lots of people in fancy dress who are there to make fun of themselves”. So, when summer 2020 rolls around, why not take part in the Bog snorkelling championships?

No matter what swimming sport you’re into, whether it’s bog snorkelling or you’re the next Olympic champion, we have swimming costumes perfect for every event. Take a look here.