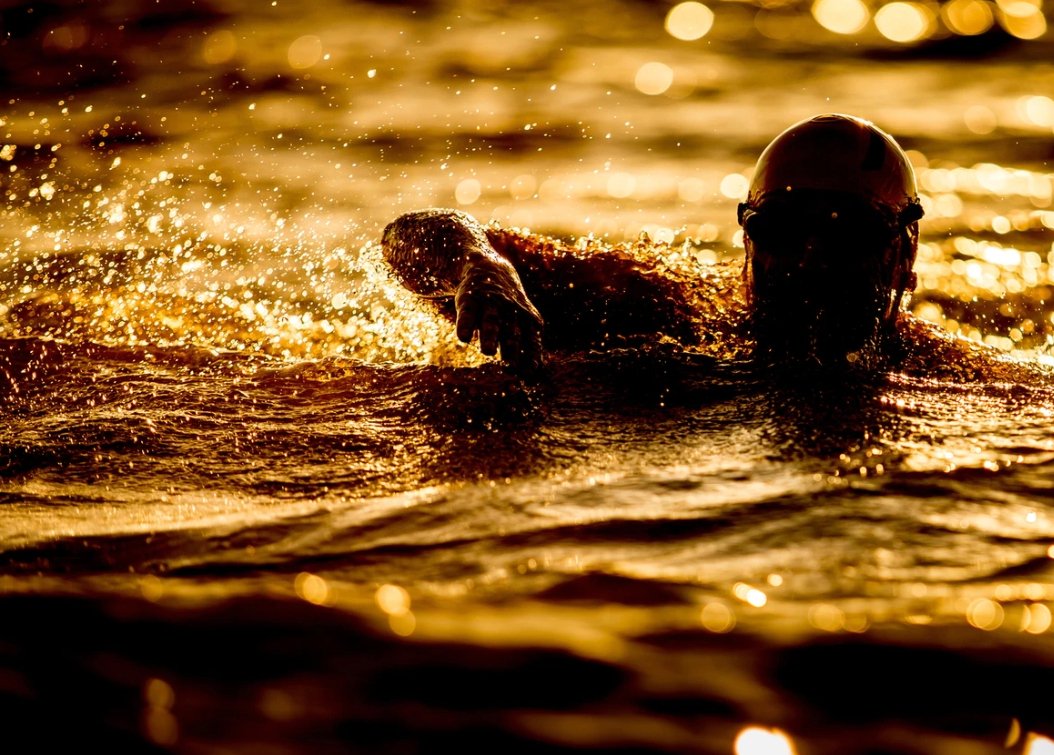 Before you look at us like we’re crazy, your height can affect the way you swim. Even worse, unless you’re still growing, you can’t exactly change your height. But don’t panic! While height can give you an advantage in the pool, it doesn’t determine a swimmer’s success.

When Usain Bolt smashed world records in sprinting, it shocked experts. Traditionally, the best sprinters were deemed to be the short and stocky type. Bolt was neither of these things, yet he’s the fastest man on earth. In fact, Bolt broke more norms than just being tall. His starts and technique were (and still are) considered to be very inefficient. Commentators used to say, “imagine how fast he would be if he ran with proper technique”.

Back in the 1990s, experts said everyone should swim the same way to get the best results. We should make our strokes as long as possible, trying to match the stroke length of Olympians. But now, three decades later, we understand that trying to produce an unnatural swimming style which focuses on long strokes isn’t as efficient as we once thought.

Sometimes, the experts don’t always know what is best. It seems the people who are defining what the ‘proper’ way to compete is may need to have a rethink. In swimming, finding the right technique likely focuses on making the stroke that feels natural to you as efficient as possible. More importantly, you need to find a balance between stroke length and stroke cadence because length does not always equal speed.

While there are always recommended ways of doing things, these recommendations don’t always translate into what’s best. But this doesn’t mean your body type doesn’t impact your performance at all. We generally think tall swimmers have a better chance of success. They’re better at propelling themselves through the water, are often more powerful due to their size, and can reach out further to cross the finish line or the side of the pool.

Michael Phelps is one of the most decorated athletes of all time. He stands at 6 foot 4 inches and has a long torso with shorter legs, packed with huge muscles that power him through the water. For a long time, we have seen this as the perfect ‘swimmer’s body’. Phelps has the torso of a man four inches taller than he is, and the legs of a man eight inches shorter, which work like flippers. His wingspan is longer than his height. He’s hyper-jointed in his chest allowing him to kick from his chest instead of just his ribs. He has large hands to act like paddles and size 14 feet. Phelps has been scientifically proven to produce less than half the lactic acid of his rivals, helping him recover in minutes, which has allowed him to win gold after gold before. Is he even human?

It’s undeniable that the disproportionate composition of Phelps’ body has given him a huge advantage in the pool. Size matters, but shorter swimmers are also finding opportunities to succeed.

Size matters, but how much?

In many sports, there are certain features that could boost your success. But, in every sport, being built in a desirable way won’t get you anywhere without hard work. Bolt proved people wrong in sprinting. He stands at 6’5”. He starts as well as many shorter sprinters and he needs only 41 strides to cover 100 meters while shorter sprinters need 43 to 48. His height, that people thought may hold him back in sprinting, is actually one of his greatest assets.

In swimming, smaller swimmers, like South Korea’s Park Tae Hwan, have shown shorter swimmers can still find success at the Olympic level. While he is still tall in general terms, he stands almost four inches below the Olympic average with a smaller, less-powerful frame than his rivals. Despite this, Park took home the gold in the 400m freestyle event in Beijing. There is also Kosuke Kitajima, the seven-time Olympic medalist, who stands at 5’10”. Janet Evans broke world records at 5’5”, compared to the average of 5’9” in women’s swimming.

Shorter swimmers might be outnumbered, but there are strategies they can use to dominate in the pool.

How to make the most of your height

Park’s smaller size was an obstacle. But, on the road to his success, he first determined which swimming events were best for him before analysing his competitors to take advantage of their weaknesses. Shorter swimmers like Park can’t reach as far, therefore they need to use more strokes to travel the same distance. Shorter strokes are faster, but over short distances, the benefits of faster strokes aren’t very pronounced. This is why shorter swimmers may find longer distances better for their swimming style.

Interestingly, Park developed an ability to judge the flow of the water so he could react to it. He has perfected his ability to pull through the water more efficiently by understanding its flow rather than relying on sheer power alone. It helps him maintain balance. Every swimmer should understand how their body reacts in the water to give themselves the edge. While bigger swimmers rely on sheer power and arm length, shorter swimmers can train themselves to make fewer technical errors.

You may have a head start if you’re born with a body like Phelps, but height doesn’t have to be a limiting factor in swimming. The most important thing in becoming a successful swimmer is the work you put in and the drive you have to succeed.

Whether you’re tall, short, or anything in between, Maru is here to support you through your swimming journey. Our range of vibrant and performance-enhancing swimming costumes will keep you working at your best. Whether you’re looking for a beach-lounging bikini or your next favourite competition costume, we’ve got your back. Take a look at our website to see our designs.